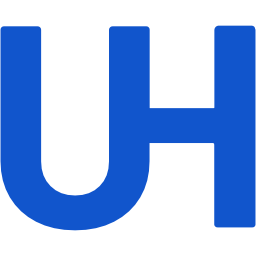 Pitch
Pitch video
Does it make sense at all to spend time building your great idea?

Project-based learning is becoming more and more widespread for tangible reasons, which means team formation is going to be even more important now than it ever was. Functional teams matter, because you just don’t get the same level of work with poor team interactions which many times stem from an incoherent assortment of people. Nowadays people are either assigned to project teams randomly, they can also be assigned to a team just by their hard skills or they form teams by friendship. Our algorithm will make sure to harness the maximum productivity from this process. Educational institutions all over the world are facing a huge task of teaching students now only current facts, but how to teach them how to keep up with ever-emerging new technologies. Project-based learning is the way to reach many of these goals and many institutions are already heading in that direction. It was found that teamwork has a significant impact on employee satisfaction(bit.ly/3qqrnDs). Yet, according to one nationwide study the overwhelming majority of people find their teams to be just terrible. More than 40 percent of them were dissatisfied with the distribution of the workload and more than 36 percent had problems adjusting to each others’ differences(bit.ly/3rtiMRO). And those were only two of the many reasons.

Schools and universities start many projects all over the year. The journey to success with the app TeamSuccess101 starts with a simple survey, adapted from the Belbin Self-Perception Inventory, MBTI personality inventory, and various psychodiagnostic personality tests to give the most accurate and detailed profile of the user as a team member and assign you to an initial team. The user will then participate in a mock project (Case study) with their initially assigned teams, where their results and interactions will be analyzed by other teammates and overseeing personnel. After each project, the user will do a questionnaire to evaluate their teams’ results and matching to further improve the users’ profile in our system. Even though TeamSuccess101 is still at the ideation stage, we are already receiving a lot of positive feedback from mentors and teachers at various institutes (FIT ČVUT in Prague and Secondary school of Electrical Engineering in Bratislava), who are eager to become our first users. Companies are aware of the wasted potential and finances coming from poorly formed teams. They are interested in new solutions that would save these unique resources. And you could be involved and used to develop this application and its subsequent improvement and expansion. Since we so far got only positive feedback from our partners e.i. Public educational institutions, we know that they will see the benefits of this software and they will join the pilot program.

We will definitely need to contact and involve companies. We came up with several possible paths to take. Ideal one would be to find initial funding for the development of the app and make this tool an ad-supported open source resource which gets improved by further use e.i. submission of data points. The other main path might be to gain funding in exchange for the finished product/licence for our shareholders. The initial testing part always takes place at schools requiring willingness to cooperate, but from what we know teachest we consulted are quite willing to try our product out even in early stages of development. We’ll also need to form partnerships in the AI development sphere which is a crucial step in analyzing outcomes in pair with data from the surveys. It is definitly deable.

Is it sustainable? Show us you can make your idea work long term.

In a long term run the maintenance finances might come from licensing this tool to companies and educational institutes seeking higher productivity as the tool won’t be designed to keep the users in, ad-revenue would be insufficient. We aim for an open source app to sustain it for the long term. Tested with the help of students and later on used by businesses as well. With the use of strictly anonymised data and data protection, through the transparent sharing of the data regarding the effectiveness of our solution. More work gets done, therefore we might manage to transform society into a truly sustainable one in the short time we have left to do so. And we use only humans and technology which is already being used, so no more harmful effects on the environment that there already is.

How innovative is it?

To our knowledge, there is no existing functional platform doing this. There have been several pilot programs trying to connect students to employers, but that was based on different criteria. It’s not inspired by any already existing thing. It is just a way to make project learning more accessible, which is our goal. We see this as a strong step in the implementation of project learning worldwide.